Whether action and sports, pleasure or relaxation - from Brauneberg you start in any case perfectly into your time out. 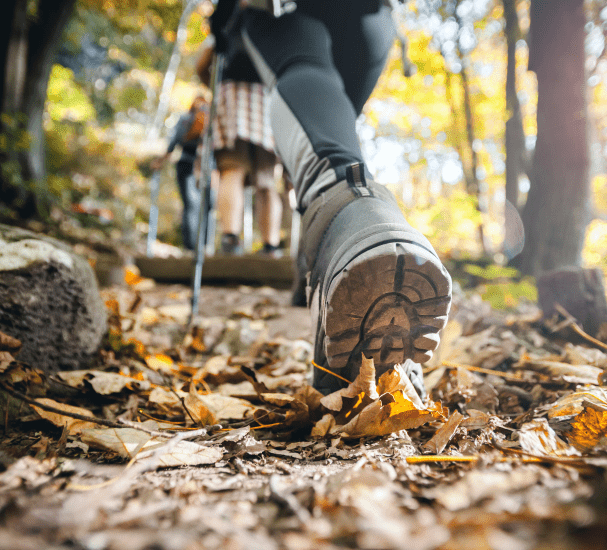 Our vacation residence is the ideal starting point for hikes through the vineyards of Mosel-Saar-Ruwer, climbing tours in the steepest vineyards or Nordic walking trails. The famous Moselsteig with 365 km length shows the facets of the region, but also many other trails such as Moselsteig Seitensprünge or Traumschleifen offer opportunities to simply experience more on foot.

In Brauneberg itself, too, exciting journeys of discovery await you on signposted trails all about wine, culture and forest. Those who get involved will be rewarded with a beautiful panorama and fascinating insights into nature and culture, for example on the Jufferweg or the Klostergartenweg. In a short hike with panels, young and old learn what the vintner has to do in the vineyard all year round. Our famous walnut tree avenue on the shore is also worth a visit.

Cyclists and mountain bikers get their money's worth on the Moselradweg. 300 km of route wind along the vineyards of the beautiful Moselle through touristy towns, small dreamy villages, famous landmarks and monuments such as castles and palaces. No matter whether you are sporty on the road or leisurely pedaling - the well-signposted bike paths make the trip unforgettable. First and foremost, of course, is the Moselle Cycle Path - voted one of Germany's Top River Routes - which offers variety and enjoyment over a good 250 km in ten stages between Perl in the border triangle (Germany, Luxembourg and France) and Koblenz. Secrets and surprises await you at 40 listening stations between water, vineyards and history. In the evening your bikes are protected in a locked area of our residence. Even if you spontaneously feel like cycling on site, you will be mobile with the rental for bikes, e-bikes and trailers of the tourist office here in Brauneberg.

Bikers love the twists and turns of the small roads along the river. Water rats enjoy themselves in the Moselle baths of Bernkastel-Kues or Cochem, the Schweich adventure pool or the Kröver Reich open-air pool.

Those who are not so good on foot or can only choose smaller routes with smaller children will be delighted with a covered wagon ride - including petting the horses. Speaking of animals: In the Wildlife and Leisure Park Klotten as in the Eifelpark Gondorf you can experience animals up close and at the same time action awaits on playgrounds and attractions. A lot of interaction with our feathered friends is offered by the bird of prey park in Saarburg. And pony lovers can experience a great day in the stable and pasture under professional guidance in Brauneberg.

Adventure and fun await you on the fast summer toboggan runs in Riol and Saarburg, and you can actively climb high in the Mosel Adventure Forest in Traben-Trarbach or the climbing park in Leiwen. Or how about a day trip to TRIOLAGO Riol? Here at the bathing lake, a water ski cableway, an all-weather toboggan run, miniature golf and soccer golf await you. By the way, there is also a great mini-golf course just around the corner in Brauneberg. 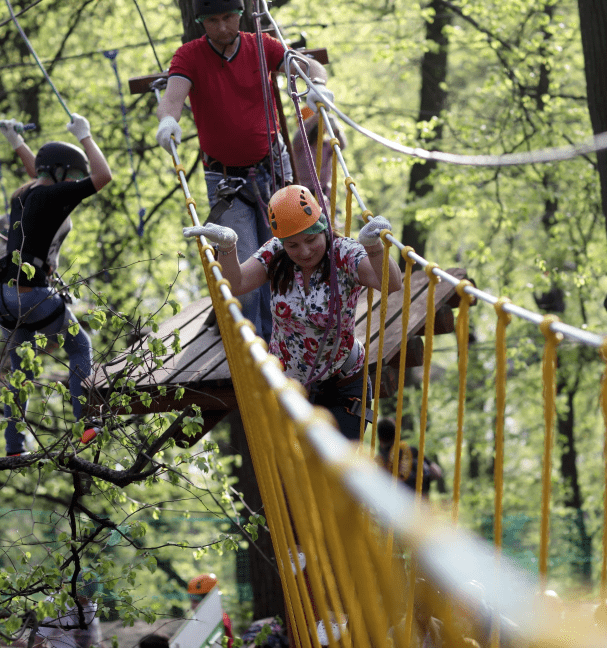 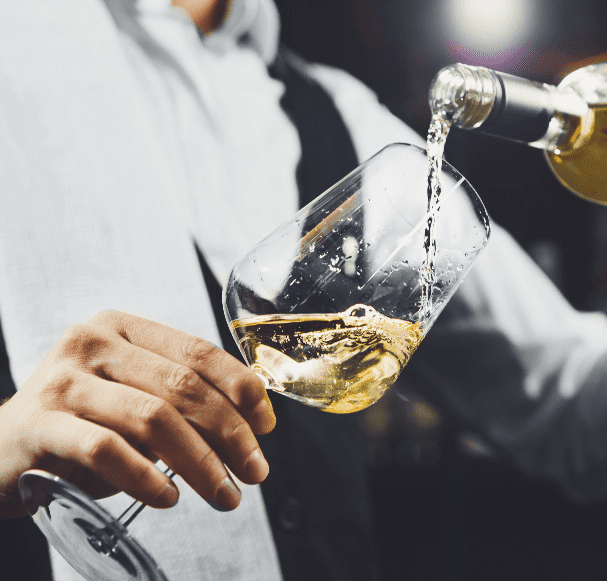 If you have a taste for this charming landscape, you can experience the pleasure of Riesling at a wine tasting or indulge in regional specialties in one of the numerous roadside inns and restaurants.

Bernkastel-Kues is only a stone's throw away from us. In the winding alleys of the picturesque old town, cafés and restaurants alternate with lovingly restored, small stores. Enjoy a cup of coffee on the historic market square with a view of the Renaissance town hall and the famous pointed houses, reminiscent of the Winkelgasse from Harry Potter. Stroll along the cobblestone streets of half-timbered houses and end the day in a quaint wine cellar or wine tavern with one of the award-winning local wines such as the "Brauneberger Juffer", "Bernkasteler Doctor", the "Wehlener Sonnenuhr", or the "Zeltinger Himmelreich".

The ruins of Landshut Castle tower above the old town as a landmark - accessible on foot or in style in an open vintage bus.

The famous 17th century baroque chapel in the Machern monastery opposite Zelting-Rachtig, nestled between vineyards and forests, has a special charm.

Directly opposite Brauneberg, on the other side of the Moselle, the historic Lieser Castle from the 19th century impresses with its elegance and imposing style.

Enjoy driving or walking along the Moselle through picturesque villages, stopping wherever you please. Explore the imposing castles and palaces that tower over the Moselle and Saar rivers. For exampleiel in Cochem. The medieval imperial castle with its oriels and battlements towers high above the town on a mighty rock. In addition to multilingual castle tours, rustic knights' banquets and knights' games are offered on some days, as well as lantern tours. In the immediate vicinity there are countless other castles, such as Germany's best-known hilltop castle from the 12th century, Burg Eltz, the medieval Saarburg or Burg Arras near Alf.

A must is the trip on a Moselle steamer, comfortably from Bernkastel-Kues. If you want more action, explore the Moselle on a canoe.

Of course, the great cities of the Moselle - part of the UNSECO World Heritage Site - are also just around the corner. Embark on a journey back in time to the Romans in Germany's oldest city, Trier, with its numerous ancient buildings such as the Porta Nigra, the Imperial Baths or the historic market square with the ensemble of the Cathedral and the Church of Our Lady. If you follow the Moselle to the mouth of the Rhine, you will come across Koblenz at Deutsches Eck - the starting point of the Upper Middle Rhine Valley with sights such as Stolzenfels Castle.

History lovers discover the big and small treasures of the Moselle in museums like the open-air museum Roscheider Hof in Konz, the gemstone museum in Cochem or the regional museum in Trier, also city of Karl Marx (with his birth as well as residence). Traben-Trarbach also has several museums to offer: from the Journey through Leather and Shoe Styling, the Buddha Museum with over 2000 figurines to the Mittelmosel Museum with valuable furniture and art objects from three centuries - by the way, Goethe was a guest in the stately baroque villa before you. In Bernkastel-Kues, the Cylinder House takes you through automotive history from the luxurious Horch 8-cylinder of 1937 to the plastic sports car, the DKW Monza.

With us, your need for peace and privacy comes first. Nevertheless, in some situations nothing beats the personal tip what is important in your immediate environment:

Just around the corner from your vacation residence you will find many restaurants in the Moselweinstraße in Brauneberg such as Gasthaus Thees, Pizzeria Jufferblick, Alibaba Pizza and Kebap or Zur Grafschaft.

Do you have any further questions?

Enjoy your stay in our holiday residence